Once again, I had the privilege of joining Nancy for her Sirius XM radio show. We were also joined by Alisa Statman, author of "Restless Souls: The Sharon Tate Family's Account of Stardom, the Manson Murders, and a Crusade for Justice" for a discussion about the recent decision to grant parole to Leslie Van Houten, one of the Manson followers. California Governor Jerry Brown has received the recommendation from the Parole Commission and will make his decision about whether or not to grant her parole within the next 130 days. Hopefully, this decision mirrors his last one: that Van Houten remain in prison.

Leslie Van Houten was not present on August 9th, 1969 when Sharon Tate and her nearly term baby, Jay Sebring, Abigail Folger, Woytek Frykowski and Steven Parent were murdered in one of the most horrific crimes in Los Angeles history. Instead, Van Houten chose to join the others the following night when they killed Rosemary and Leno LaBianca at their house a short distance away. Van Houten admitted to holding Rosemary down and to stabbing her over a dozen times, writing on the walls with the victim's blood and then making a snack and showering before fleeing the scene. Committing an unquestionably premeditated act, Van Houten knew they were going out to commit murder and chose to ride along anyway. At her sentencing hearing in 1970, she received the death penalty which was then rescinded in 1972 with a brief Supreme Court decision that vacated all death penalty cases (Furman v. Georgia). She has petitioned for early release ever since.

Van Houten now claims she is rehabilitated and is no longer a danger to society. I wholeheartedly disagree. I contend that she is a cold-blooded killer and deserves to spend the rest of her days behind bars. In my experience, behavior behind bars provides no insight into a person's true motives. With nothing but idle time on their hands, pursuing educational degrees and kudos does nothing to prove their worthiness to live free in society, rather, it is simply a way to pass the days and eventually get in the good graces of naïve decision-makers who may think otherwise. Just my opinion.

In typical Nancy Grace form, she tackles this case from a prosecutorial standpoint without holding back. Alisa Statman's vast knowledge about the case gives listeners incredible insight into the Tate family's torment in the days following the crimes as well as the ensuing decades during their victim's rights campaign for justice. It is a fascinating conversation and I hope you'll tune in!

Hug the ones you love! 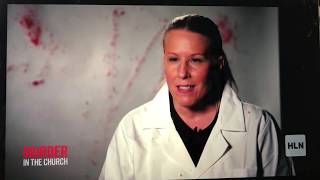 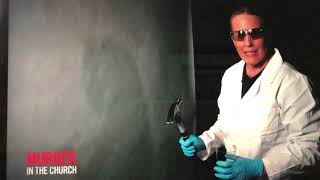 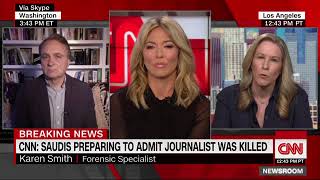